I should note that with a sweeping update of the CT Freedom Trail site, Farmington seems to have lost two Underground Railroad stops. Oh well – though one remains over on the Amistad Trail.

Elijah Lewis sheltered fugitive slaves in a space at the base of his chimney. There, a large stone can still be removed to reveal a hiding place big enough to hold a grown man. The house was moved several years ago for more seclusion and when the house was moved, a new chimney base was built using most of the original stones. It was reconstructed to the exact dimension of the original except for the opening which is somewhat larger. Noted Farmington Artist Robert Bradegee at the turn of the century also left his mark on the home where some of his paintings can be found on door panels in the Living room and above the mantel in dining room. 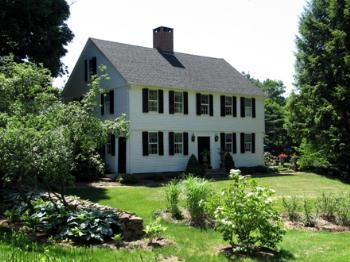 Because they moved the house to be deeply recessed, my picture is merely of the Freedom Trail marker at the end of the driveway. So I’ve lifted a season-appropriate shot from the realty company trying to sell the joint.

Samuel Deming was one of Farmington’s leading abolitionists. Along with Austin Williams and John Treadwell Norton, Deming supported the Amistad Africans during their trials and arranged to bring the Mende to Farmington after the trial while funds were raised to send them back to Sierra Leone. Deming was a legislator, merchant, farmer and one of the town’s most respected citizens and churchmen. He was a member of the Farmington Anti-Slavery Society, and a founder, with Norton, Williams and Horace Cowles, of the Connecticut Anti-Slavery Society in 1838.

His home, in the center of the town, has been traditionally known as a stop on the Underground Railroad. His wife, Catherine, was notable among the many local women who raised money and signed petitions to help the abolitionist and Amistad causes. Now owned by Miss Porter’s School, the house is marked by a plaque identifying it with Thomas Hart Hooker, its original builder and owner. Deming also made space available over his store – which is part of the Amistad portion of the Freedom Trail.

So this house is named something else on the plaque and his store, which has no marker, is part of the Amistad Trail, but this isn’t. Got that? 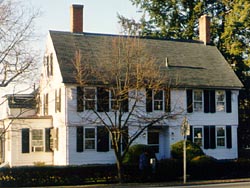 Perhaps that’s why I took a picture of the wrong house next door and had to settle for this one from the NPS site.

Horace Cowles, an early advocate of abolition, was a prominent member of the Missionary and Anti-Slavery Societies formed in Farmington in the 1830s, and purportedly an Underground Railroad stationmaster. Many of the officers of the Hartford County Anti-Slavery Society and of the Connecticut Society were Farmington abolitionists and included Cowles, John Treadwell Norton, Samuel Deming and Austin Williams, all of whom were involved in assisting escaped slaves for many years. These were the men who brought the freed Mende to Farmington after the trial. 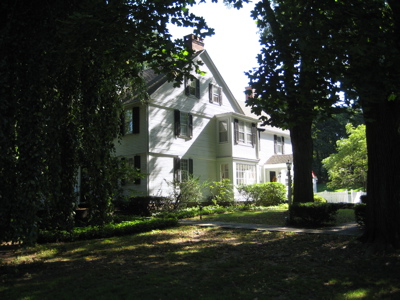 A private residence, this house is also a fair ways up a private drive. I felt uncomfortable taking this picture.

While the Mende men were lodged together, the three small Mende girls were placed with sympathetic Farmington families. One of the three Mende girls, believed to be Teme (or Tamie) lived with the Cowles family. She attended school with the other Mende for five hours each morning and also learned domestic skills with the family’s children. Teme also lived with another Farmington resident, J. M. Brown, but exactly when is not known–possibly towards the end of the Mende’s eight-month stay in Farmington, by which time Horace Cowles had became ill. Cowles died the following year, and the property was inherited by Samuel Smith Cowles, who continued his father’s Underground Railroad work. He also edited an anti-slavery newspaper, The Charter Oak, and published several anti-slavery books. 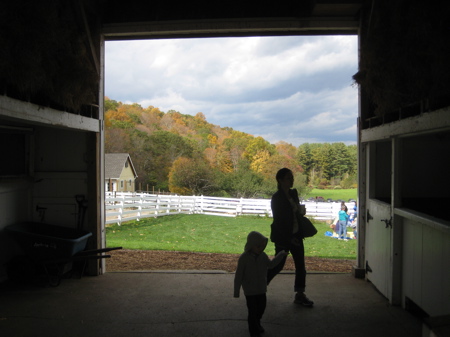 I didn't forget about you people. Here are the most recent reviews. Cheers! 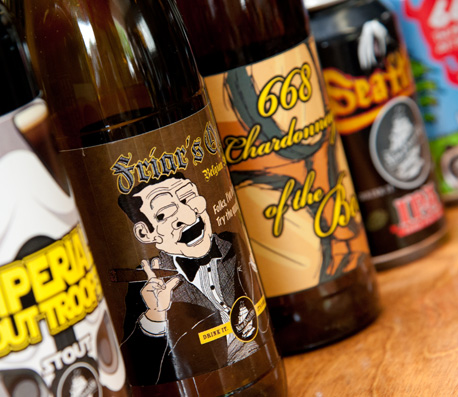